This is Dave Brons and his homebrew guitar amp. It's a low cost ThriftyWreck design, which is based around Ken Fisher's Trainwreck design, but uses alternative Russian tubes such as the 6p1p. Find out more from Wattkins Amp Forums' Tone Per Buck Club.

Here's one for the wi-fi worry warts ...

As if you didn't have enough things to worry about, check out Michael Horowitz's article at Computerworld:

Google knows nearly every Wi-Fi password in the world

If an Android device (phone or tablet) has ever logged on to a particular Wi-Fi network, then Google probably knows the Wi-Fi password. Considering how many Android devices there are, it is likely that Google can access most Wi-Fi passwords worldwide.

Oh, and change your wifi passwords now. You'll be completely safe until the next device logs in...

Why Lawyers Should Be Paying Attention to the NSA

From the law offices of Mikki Barry. Google's Gmail & Calendar may now have serious legal issues regarding potential breach of attorney/client privilege...

As attorneys, each one of us should be screaming bloody murder about this potential breach of attorney/client privilege at its very core. It’s not that it is “possible” to get our privileged information, our work product through Google Apps, both the “metadata” and the content of our correspondence, etc., it has already happened, and continues to this day. We KNOW our communications have been compromised. The question now is what to do about it.

Xenserver 6.2 - extending a disk on a Linux VM

I've been slowly converting some of our VM infrastructure over to XenServer from VMWare. Now that XenServer 6.2 is fully open source, it seems to be a good place to transition. Sometimes incredibly simple tasks take you down a rabbit hole you did not plan on going down.

I must confess I spent hours trying different methods and partition schemes. The K.I.S.S. approach is really the way to go here. I found this article to be the simplest and most practical solution, and have updated it here to cover any CentOS 6.4 / XenServer 6.2 issues. It's based on the assumption that you don't have an overly complicated VM partition scheme.

The Internet Must Go

This is worth half-an-hour of your life, if only to explain what the big deal is about Net Neutrality.

And why it shouldn't be taken away from you...

The NSA Is Breaking Most Encryption on the Internet

The new Snowden revelations are explosive. Basically, the NSA is able to decrypt most of the Internet. They're doing it primarily by cheating, not by mathematics.

Follow the link to joint reporting between the Guardian, the New York Times, and ProPublica:

From the New York Times (published on March 27, 1983):
No laws define the limits of the N.S.A.'s power. No Congressional committee subjects the agency's budget to a systematic, informed and skeptical review. With unknown billions of Federal dollars, the agency purchases the most sophisticated communications and computer equipment in the world. But truly to comprehend the growing reach of this formidable organization, it is necessary to recall once again how the computers that power the N.S.A. are also gradually changing lives of Americans - the way they bank, obtain benefits from the Government and communicate with family and friends. 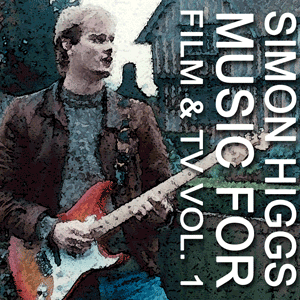 I grabbed the camera and took this picture right as the sun went down.

Why a blog? Why now?

I started this blog in 1996. Long before the term "blog" or "blogging" or "web log" had even been coined. I threw it away several times, and started over, most of the time due to either disk crashes, server moves, or incompatible CMS upgrades. Eventually I gave up. I didn't take it seriously. Then Facebook came along, and I put pithy, mostly idiotic, observations on there, hidden behind my wall of "friends".

Apparently, Facebook is now big enough to play in the big leagues and the consequences are becoming more and more apparent every day. There's been a lot of fallout since Edward Snowden came forward with new revelations about the NSA, which includes Facebook, Microsoft, Apple, and others, handing over data. Unfortunately, we've seen a number of web sites and services disappear as a result.